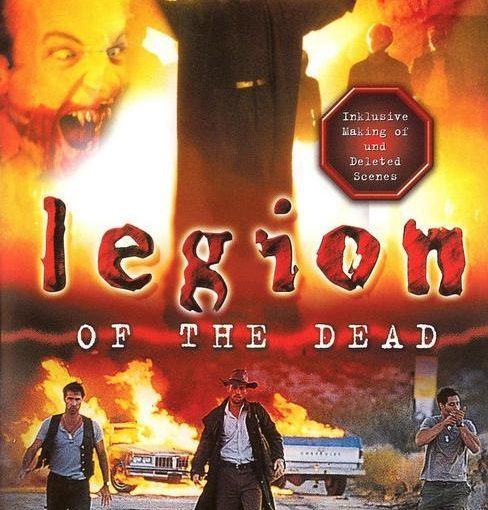 Legion of the Dead

Two guys, handsome William and his side kick Luke have just started their trip through the beautiful California desert when they're kidnapped by the notorious Psycho Mike, The Kern River Killer. Securing their escape through hilarious means and the aid of an old friend they soon stumble into a small desert town where unbeknownst to them a mysterious tall Blond Man and his sadistic henchmen are killing people to create a Legion of the dead. Here's where it gets tricky. William falls in love with Geena, the beautiful waitress at the local restaurant and Luke spins out of control hormonally. The restaurant is suddenly attacked by the LEGION and the tall Blond Man gives an ultimatum to hand over Geena within two hours or he will personally come in to get her. What is the mysterious secret that Geena and the Blond Man share? The clock ticks as the ultimatum draws near. The fight against evil has just begun...